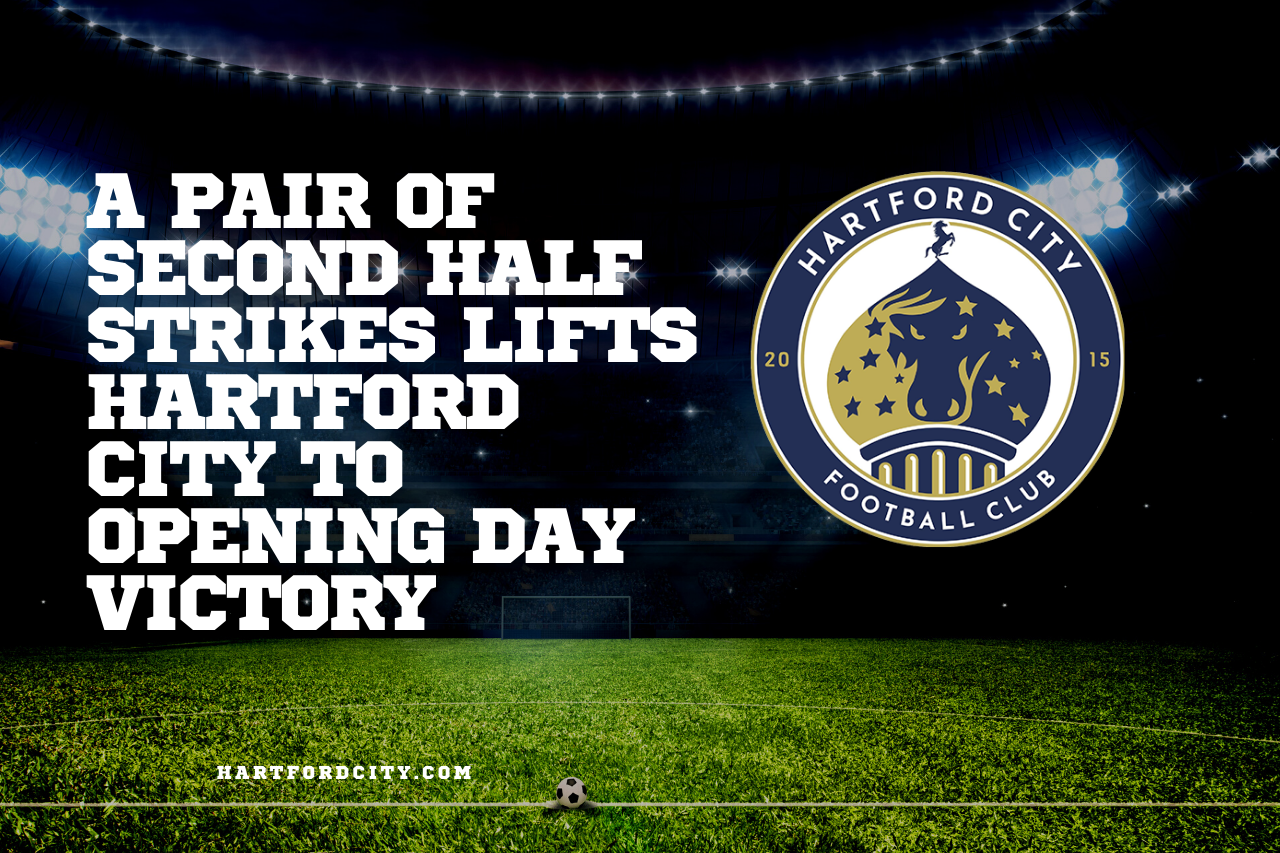 In front of a raucous home crowd at Dietz Stadium, Kingston were able to give them something to cheer about early on as Scott Zobre pounced on a loose clearance in the Hartford defensive third and slotted home a right-footed finish, giving them a 1-0 lead in the 11th minute.

The turning point in the match came in the 31st minute as after another Hartford turnover in their own half, Kingston’s Vinny Colantuono was sent through on goal, only to be denied by a brilliant 1-on-1 save by HCFC’s keeper Jamis Fite.

Ennin created HCFC’s first real chance right before halftime as he lashed a left footed effort off target from outside the box. But that one chance was what the Colts needed to get themselves going as not long after the referee’s whistle to begin the second half, Hartford would net the equalizer.

Andrew Geres, who won a number of his individual battles down the right flank during the first half, got in behind the Kingston defense less than 30 seconds after the second half kick-off and squared a perfect ball across the box to give a wide-open Hughes a simple tap in finish.

Hartford nearly took the lead less than three minutes afterwards but a Hughes free kick from the top of the box was sent right at Kingston goalie Lorenzo Nunez. Kingston responded in the 51st minute with Colantuono beat an offside trap and went through on goal, only to put his effort wide of the mark.

Hartford took the lead in the 65th minute after Estanislao Desseno’s whipped in free kick found Ennin in the box, and the Northeastern University product was able to turn onto his right foot and rifle a shot past Nunez to give the Colts a 2-1 advantage.

Kingston did create one final high quality scoring chance in the 76th minute when Stefan Copetti latched onto a low cross from 8 yards out, only to put his shot right at Fite. But Hartford closed up shop for the remaining minutes and were able to walk out of Dietz Stadium with all three points.

Hartford City FC are back in action on Saturday, May 14 when they travel to Middletown, N.Y to take on Cedar Stars FC, with kickoff at Faller Field scheduled for 7:00pm.