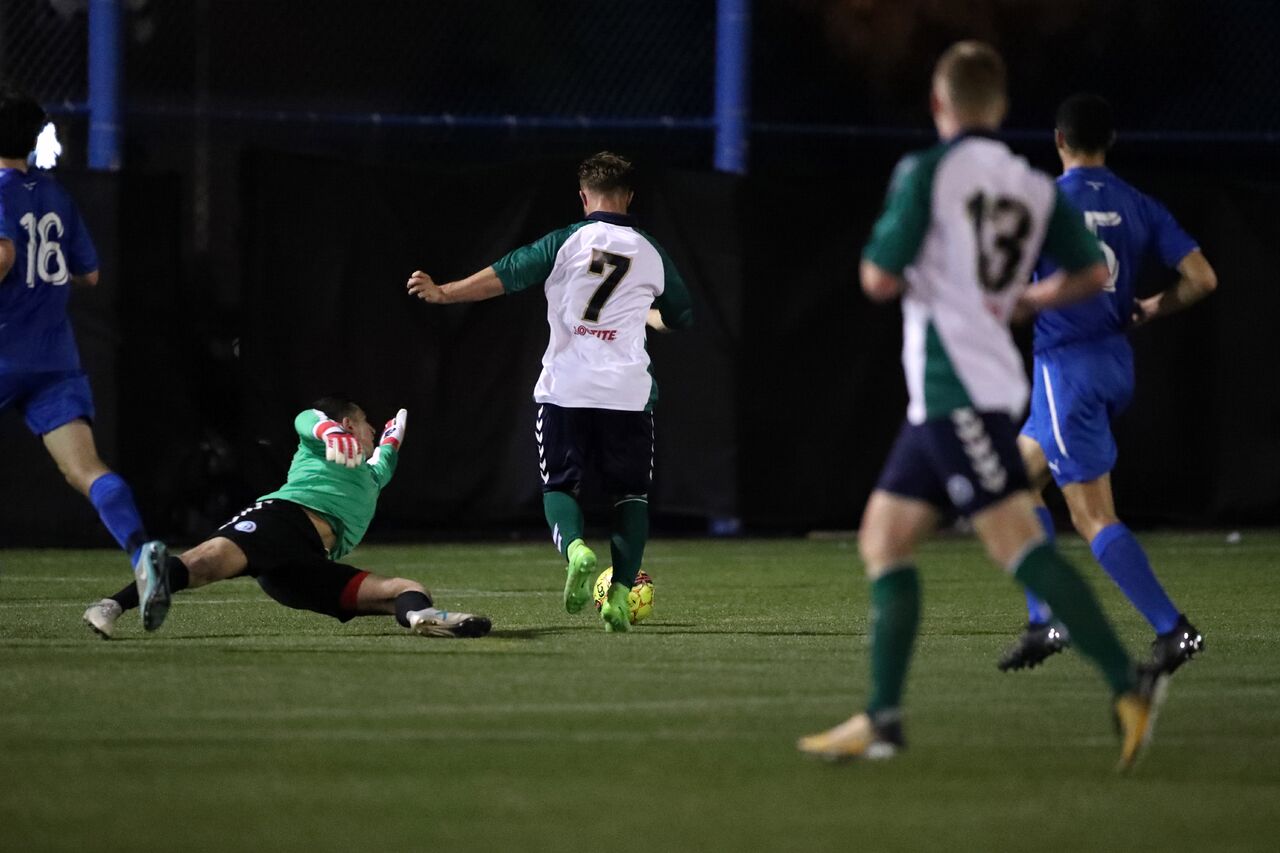 Colts take the Win in Brooklyn

Brooklyn, NY. – The Hartford Colts took to the road this past weekend to play against a formidable Brooklyn Italians side. Both clubs secured playoff berths in the prior season with ambitions this year to replicate the same success.

For the first fifteen minutes of the match, the Colts looked a bit heavy-legged, but eventually settled in. The squad featuring a group similar to the prior week, with a lone change of James Thompkins (CCSU) in the back four. As the half progressed, the Colts began getting the better run of play as both teams created counter after counter attack chances. Eventually the deadlock was broken by a Xahne Reid (U. Hartford) header off a service.

During the second half, Hartford City was able to impose themselves even more on the home side. With substitutions of Rashawn Dally (Quinnipiac), Riley Strassner (Georgetown) and Sebastian Stezewski (SNHU), the three were able to raise the level of play. Two goals finished by Stezewski (Pictured Above) in the last 15 minutes were orchestrated by delightful midfield passing sequences.

After the third goal, it was a foregone conclusion that Hartford City would be leaving Brooklyn with three points and momentum towards their next match. The Colts will play next week, Saturday May 26th 7PM at Home against the Kingston Stockade.