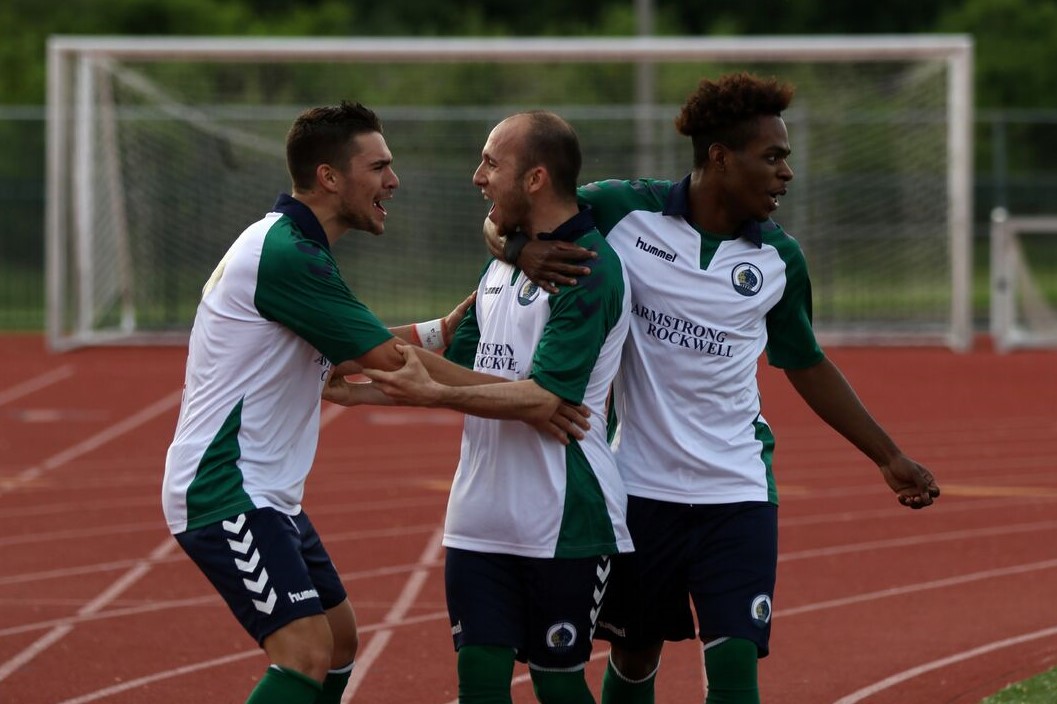 New Britain, CT. – Last year’s rematch of the Atlantic White Conference Championship between your Hartford City Colts and the Kingston Stockade did not disappoint this weekend.

Mark Grant opened the game up with a run through the final third, combining with Luke Alvaro and slotting home a shot in the 7th minute. Both teams continued the half attempting to break each other down with no avail. Midway through the half Kingston saw their best opportunity, a corner which dropped inside the six yard box, headed towards goal only to be saved by Hami Kara. The ensuing rebound shots were cleared away by the Hartford City defense.

Eventually, Kingston was able to capitalize in the first half when a shot was deflected to forward Mateusz Koziol within the box, who was able to finish the chance. With a halftime score of 1-1, nobody could anticipate the flurry of drama which would ensue in the next half.

In the 64th minute Connor Archambault was taken down in the box and Hartford was awarded a penalty. Andre Morrison stepped to the spot and converted the chance to increase Hartford’s lead 2-1. As the half continued, Hartford began to open up the game. Super substitute Sebastian Stezewski, building upon his last weeks performance, tallied another goal in the 74th minute after making a beautiful run that started from the center of midfield. With a 3-1 scoreline in favor of the Colts, a series of challenges and altercations saw multiple players on both teams receive yellow cards. In the 89th minute, a challenge by Hartford City resulted in a penalty for the Stockade, which was converted by Juan Parada. It was little too late, as the Colts saw out the remaining stoppage time to collect the win and improve to 3-0-0.

The Colts take to the road for the next two NPSL matches before returning to Connecticut for June 10th, when they take on the Providence City FC Rogues.