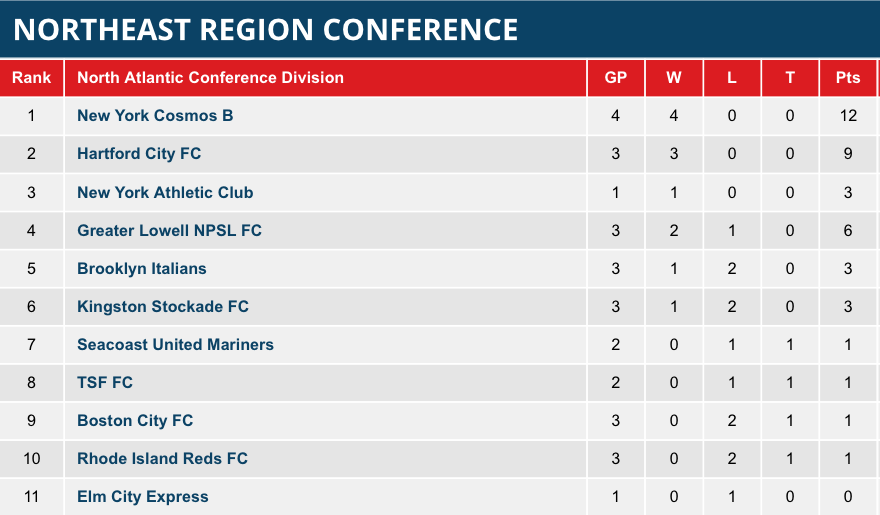 Hartford, CT. – Looking back at the month of May, any club would be happy with the results the Colts have produced. Two home and one away match has yielded the full 9 points against three very strong sides. The identity of the team is beginning to form and a style of play is emerging. We can expect to see a few things from this squad.

3. Breakdowns in the back will not come easily.

Coach Benjamin has utilized almost every substitution available in each match. The production of 8 goals has come from 5 players. Clearly this team is deep in multiple positions, creating a challenge that most coaching staffs do not have the luxury of. It will be interesting to see how the squad changes from match to match based on player production.

If you’ve been watching the Colts play this year, its evident that the attacking possessions can be developed in multiple ways. From wing backs to the front line, the Colts bring numbers forward. The front three are athletic and dangerous running at opposition. While the goal production hasn’t directly come from the front three, they’re creating the chances for the rest of team to finish and are poised to break out.

Conversely the defense is again a source of strength for Hartford. Two of the three goals given up have come from penalties, something you don’t like to see. The positive news is that the back line is not getting broken down in the run of play. Finding spaces in between the center backs or the flanks is a challenge for opponents. Hartford is physical and imposing, expect the trend to continue.

Momentum is building heading into June, however the Colts will be tested with a three game NPSL road trip, facing Seacoast United, Boston City and New York Athletic Club. Anything could happen in this league, so if Hartford can produce the same level of play from May, the club should be in a comfortable position within the table.